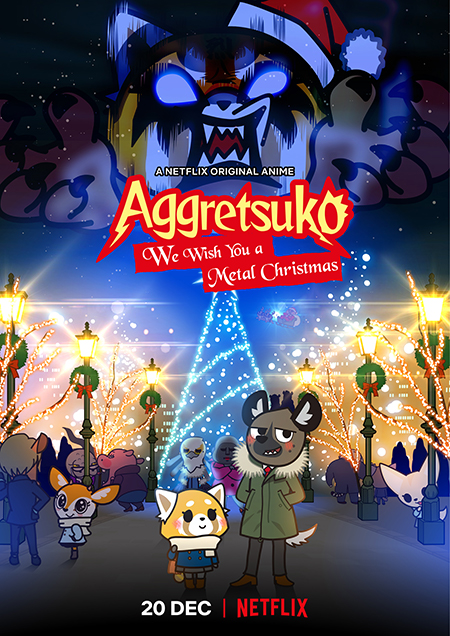 Original Anime Aggretsuko : We Wish You A Metal Christmas is coming on Netflix on December 20, 2018.

Aggretsuko has become a global hit since its Season 1 launch on Netflix on April 20th, 2018. Based on a Sanrio character, Retsuko is a 25-year-old red panda who copes with her thankless office job and daily frustrations by belting out death metal karaoke after work. While fans will have to wait a little longer for Season 2, which is scheduled for a 2019 launch, Netflix will premiere a special Christmas episode as a Christmas gift to fans.

The episode also features a punk cover of “Jingle Bells”, performed by Tim Timebomb and the Interrupters. (Tim Timebomb is a music project of Tim Armstrong, frontman of the legendary punk band Rancid.)

Retsuko‘s newfound obsession with posting pics on her social media account threatens to ruin her Christmas, while Haida still hopes to spend Christmas with her.